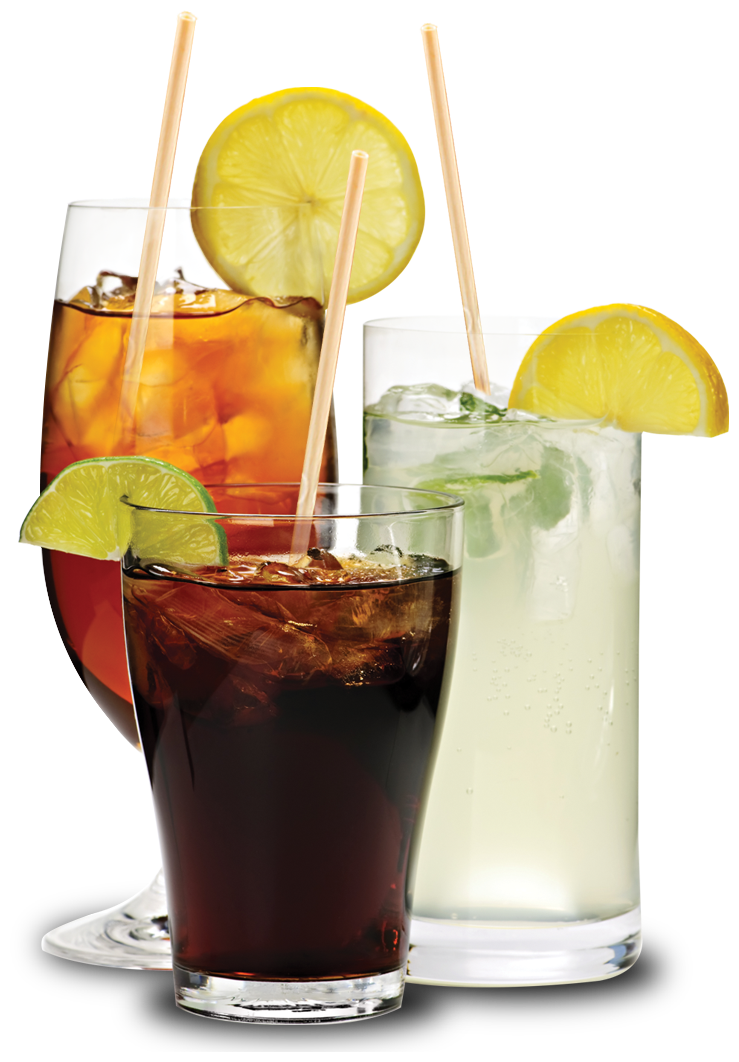 Wheat straws are the most compostable and affordable alternatives to paper and single-use plastic straws. 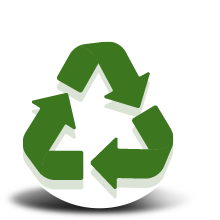 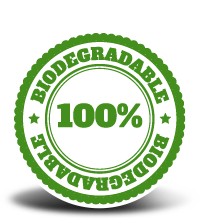 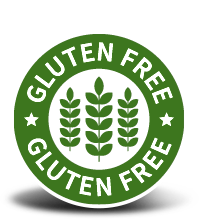 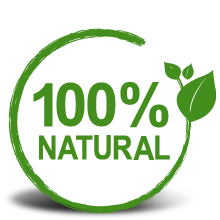 According to the FDA, a food product must be less than 20 parts per million(ppm) of gluten to be qualified for Gluten-Free. The gluten allergen level in our wheat straws are considered non-detectable with less than 2.5 (ppm).

Clearly this ppm is well below the FDA threshold. Our strawas are made from the stem of the wheat stalk, which is separate from the gluten containing seeds. 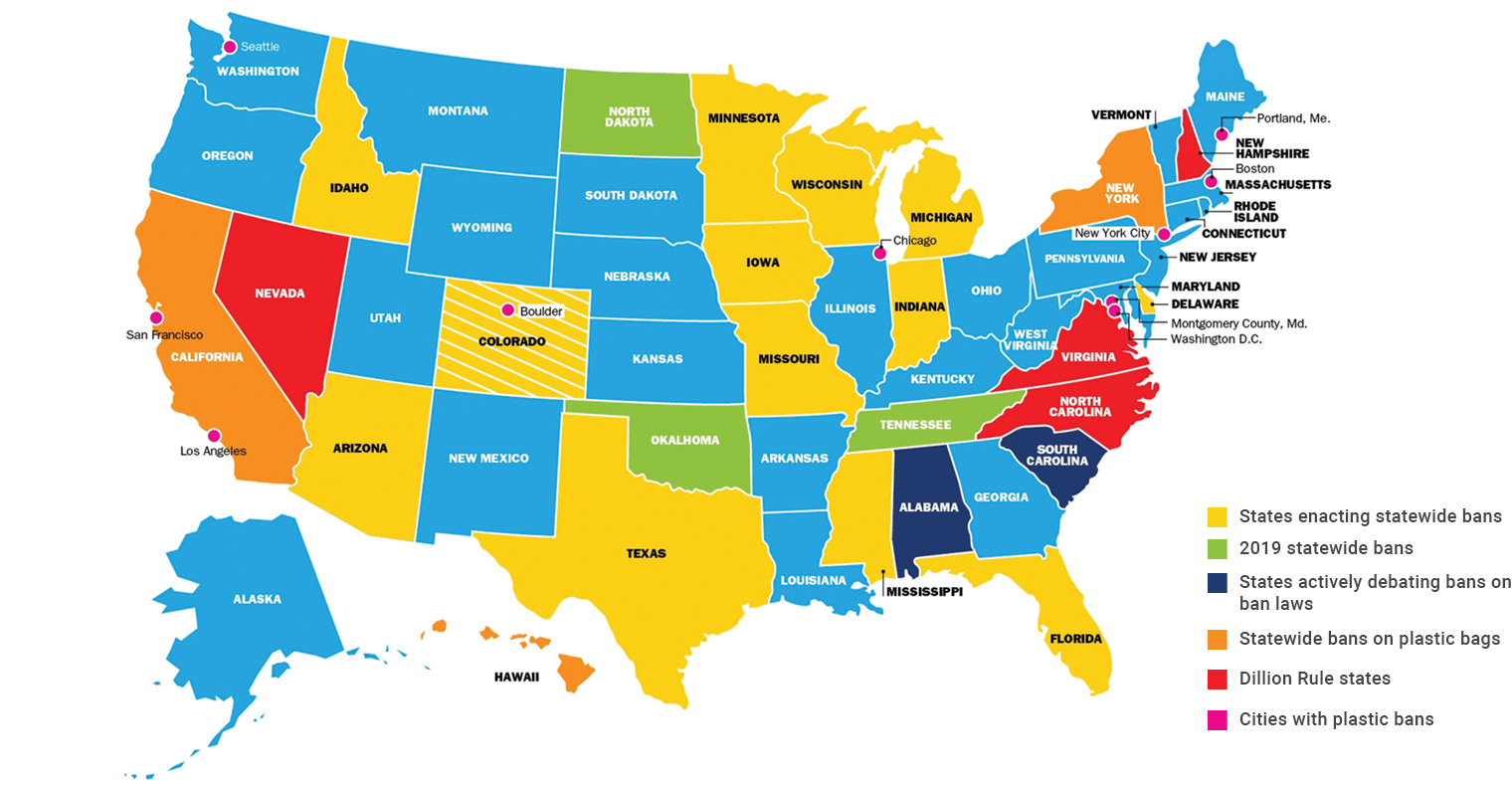 Oregon could become the second American state to restrict straws. Oregon’s Senate passed a measure on April 11, 2019 requiring restaurants to provide customers with straws only upon request. The measure now heads to the House of Representatives for a vote

The city will no longer purchase 1.1 million pounds of single use-plastics for its agencies starting in April 2019.

Starting in January 2019, restaurants and other businesses banned plastic straws. Washington D.C. was the second major U.S. city to do so.

The city commission passed an ordinance banning single use plastic straws and stirrers. The ordinance for full enforcement is taking place in July of 2020. Businesses that violate the ban will be fined $50 for the first offense, $100 for the second and $500 for the third and subsequent violations.

Patrons of restaurants, coffee shops and other food service establishments can still request a single-use straw so long as the material is made of non-plastic or biodegradable materials.

The “Plastic Free Water” ordinance will give restaurants until January 1, 2021 to stop serving food in polystyrene containers and limit single use plastic straws.

Legislators have introduced bill HF 3338, which states that food and beverage service establishments are subject to a civil penalty of $50 for each plastic straw sold or provided to a customer. The effective date for these rules begin September 1, 2020.

On March 27, 2019 Delaware's House & Senate pass House Concurrent Resolution 17 (“HCR17”). HCR17 recognizes the issues of plastic pollution and requires the Delaware Restaurant Association to report back by May 1, 2020 on voluntary efforts its members have taken to curb plastic pollution.

State legislators have already banned plastic straws, bags, and Styrofoam takeout boxes in more than 30 municipalities and a number of counties. The bans have received support as a method to clean up pollution on state beaches and oceans.

Why Our Wheat Straws Are Better! 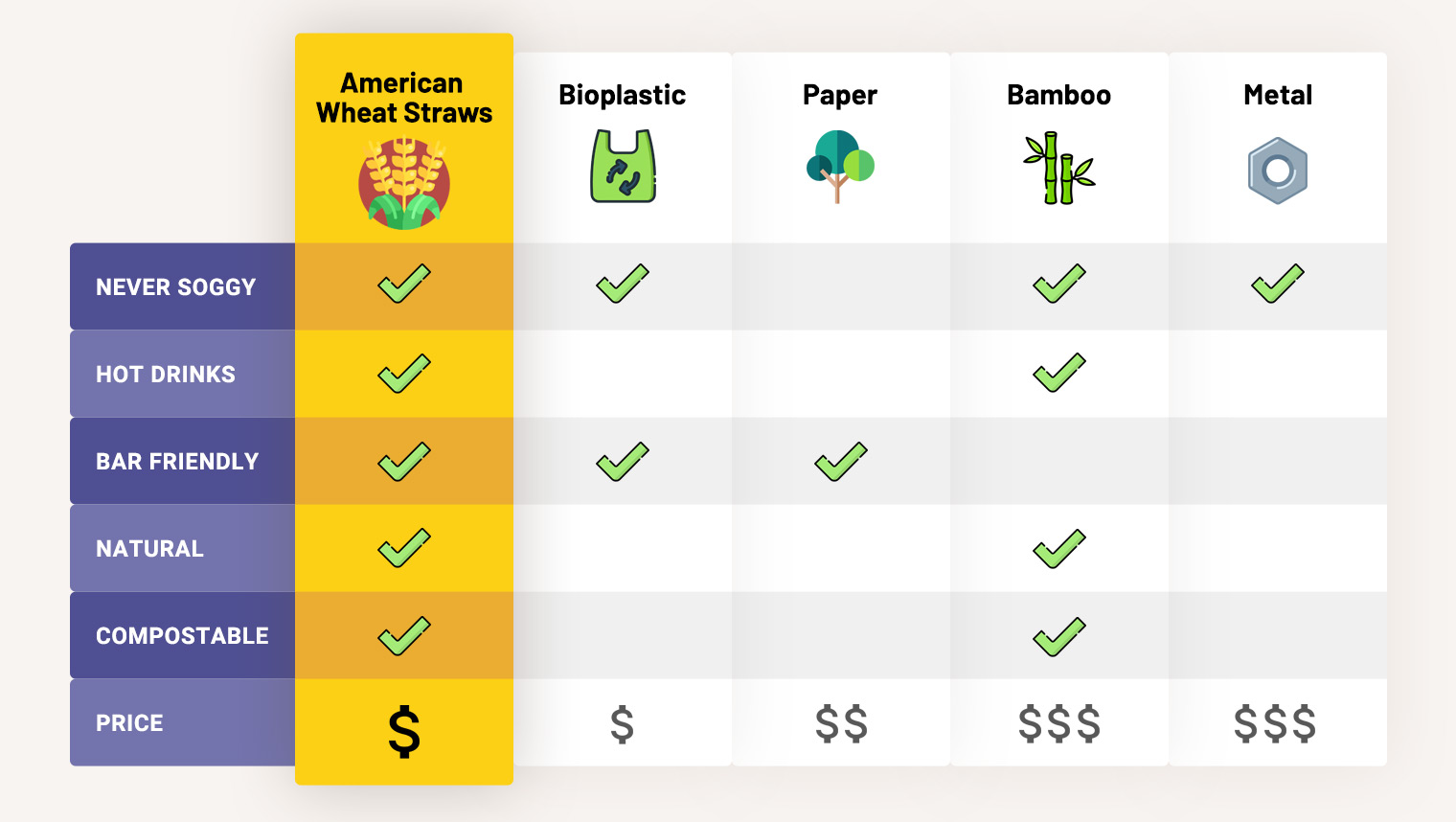 Is the estimated number of straws used per person per day

Billion metric tons of plastic will be in landfills by 2050

See What People are Saying

Love them! They are a little bit narrow, but so much better than polluting our oceans with plastic. And they really hold up during your drink.

These straws are a much better alternative to the paper ones, and you don’t have to hurt the environment with plastic straws! Save the turtles!!!

These are amazing! They work great in super hot coffee. I use them regularly, and take them into restaurants with me. When you are done with one, just toss it into the compost!

They don't go soggy in a drink like paper options, don't require cleaning like metal ones, and are completely biodegradable. 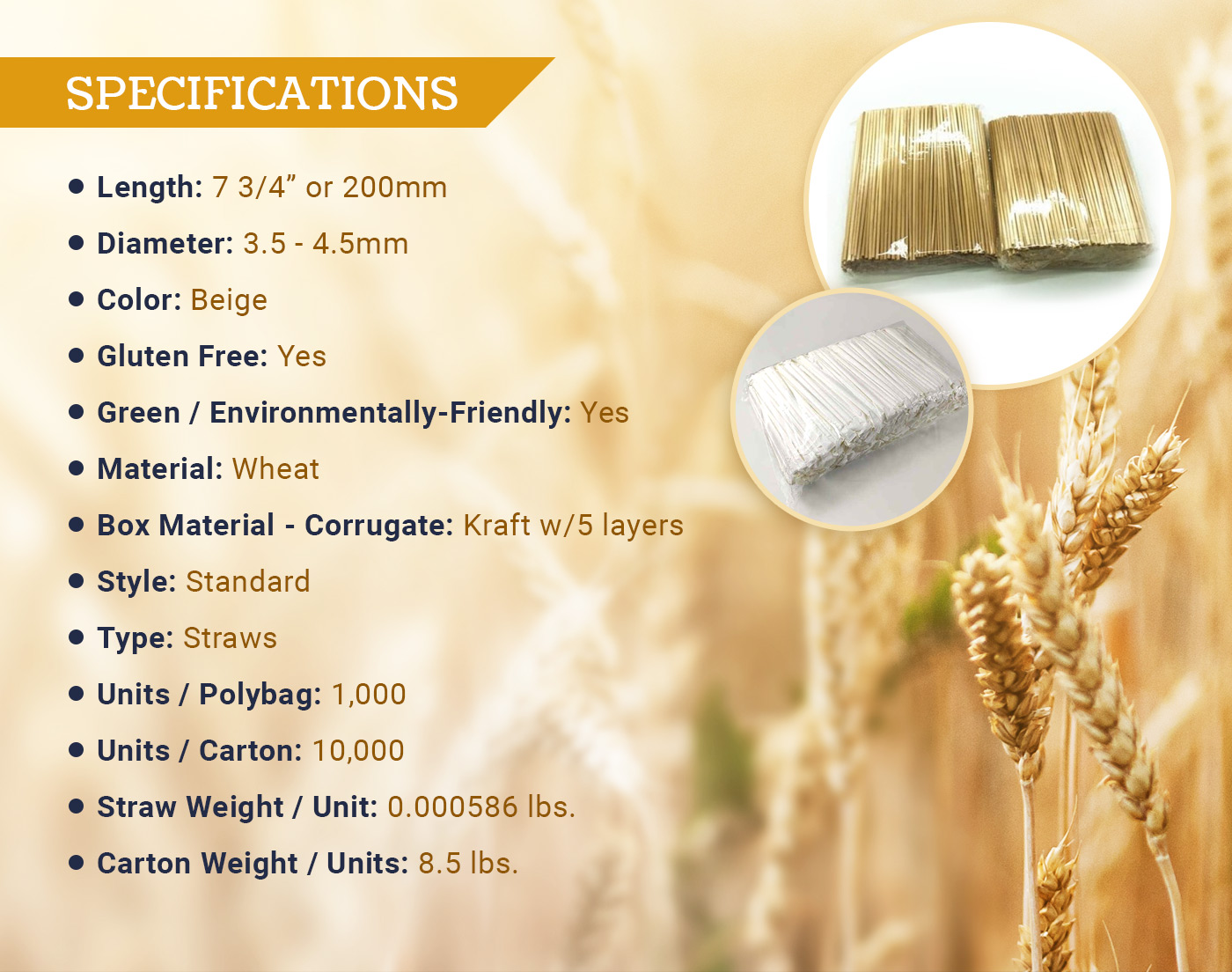